The number of smart cities around the world continues to increase as municipal leaders analyse citizen and visitor behaviour and use data analysis to determine demand.

Growing urbanisation has boosted demand for innovative technologies and seamless access to services.

According to the Deloitte report ‘Super Smart City - Happier Society with Higher Quality’, while Europe and America are leading the world in terms of urbanization, China has made significant investment in initiating smart city projects and building smart cities over the past decade.

Shenzhen, which borders Hong Kong, is often referred to as China’s ‘Instant City’. Municipal leaders from around the world come to see the glossy urban environment of high rise offices and apartment buildings, chaotic yet ordered traffic, automated payments, data management built on environmental sensors, and other innovations built in one unified ecosystem.

In her book ‘The Shenzhen Experiment: The Story of China’s Instant City’, Juan Du, an award-winning architect and urban planner writes about how Shenzhen was transformed from a rural borderland into China's first special economic zone (SEZ) and now a megacity of 20 million people, an internationally recognized digital technology hub, and the world's most successful economic zone.

Shenzhen is a city of astounding growth and smart technologies. Through careful planning, inclusion of innovative technologies like artificial intelligence, the internet of things and the attraction of new partners to the growing technological environment, the city has doubled its population in the last 20 years.

It is a popular smart city initiative template for developing countries that want to replicate its success - a number of similar projects have been developed in Africa with Chinese backing. The Chinese government promotes the city as a triumph of planning designed from the top down and following the smart city model of security of data, accessibility, policy development and innovation stimulation.

In her book, Juan Du offers an in-depth analysis of the factors behind the development of Shenzhen, including strong local initiatives and the migration of millions of ambitious, entrepreneurial people from across China, drawn to Shenzhen by its environment and the opportunities on offer.

When the municipality of Shenzhen was established in 1979, it had 700 construction workers and three small factories producing concrete and brick. The mayor asked for 20,000 workers from the Infrastructure Corps, which had almost half a million soldiers trained in construction and emergency work to assist in wartime or peacetime development or disaster recovery. In 14 months they built a 20-story office tower for China’s Ministry of Electronics Industry.

A major factor in Shenzhen’s growth was the Chinese diaspora of skilled manufacturers and business people who were ready to invest in Shenzhen, especially once the Shenzhen Special Economic Zone was created in 1980. The zone acted as a test bed for innovation and foreign technologies and ideas as well as foreign partners.

Although the spectacular towers have grabbed attention, they should not overshadow life on the ground where Shenzhen has permitted small businesses, restaurants, hotels and light industry to operate, funded by Hong Kong investors and operating within the hundreds of villages set inside the urbanized area.

The 1985 master plan outlined Shenzhen’s ambitions under Mayor Liang Xiang. It allocated RMB 50 million - nearly half the city’s annual budget - for construction and faculty recruitment for the new Shenzhen University. The city’s emphasis on learning and professional development extended to its administrative structure, which relied on competitive exams to fill top posts.

As high quality resources are considered one of the key drivers of smart city success, Liang unintentionally laid the foundation for high quality, digitally educated human resources, which would help drive innovation. According to the Foresight Industry Research Institute, China's smart city market will be worth RMB 25 trillion by 2022.

Juan Du’s book shows the importance of what technologists might call ‘agile’ development, but which at the time looked informal and even chaotic. That only proves what we have previously stated - that smart cities are getting smarter and that agility trumps long-term strategic planning, rapid response on important touch points is more important than keeping users waiting for a full end-to-end chain; and that execution beats superior innovation.

With the growing speed of construction, education, inflow of finance and innovations, Shenzhen has become a technology centre for China. The booming smart city market has attracted global technology giants such as Cisco, IBM and Oracle while also providing growth opportunities for local firms such as Huawei and Baidu and is the headquarters for both Tencent and Alibaba.

The founders of Tencent and Alibaba - Ma Huateng and Jack Ma - graduated from Shenzhen University. But that doesn’t mean only top-to-bottom strategic planning is key to a successful smart city. All players in the social and economic ecosystem must work together, developing and investing in new technologies, improving internet infrastructure as Huawei and Tencent do by sharing the hardware and software market, watching for shifting preferences of city dwellers and using big data to respond to these changes.

Shenzhen's application of new technologies in urban infrastructure and operations is more advanced than its neighbouring city of Hong Kong. The city that was built in close proximity has overtaken it  as a leading example of a smart city.

Want to know more about the latest trends? Read our blog

When the average European arrives in Singapore, he or she will likely get the feeling they’re living in the future.

They can call a Robocar, one of the first public... 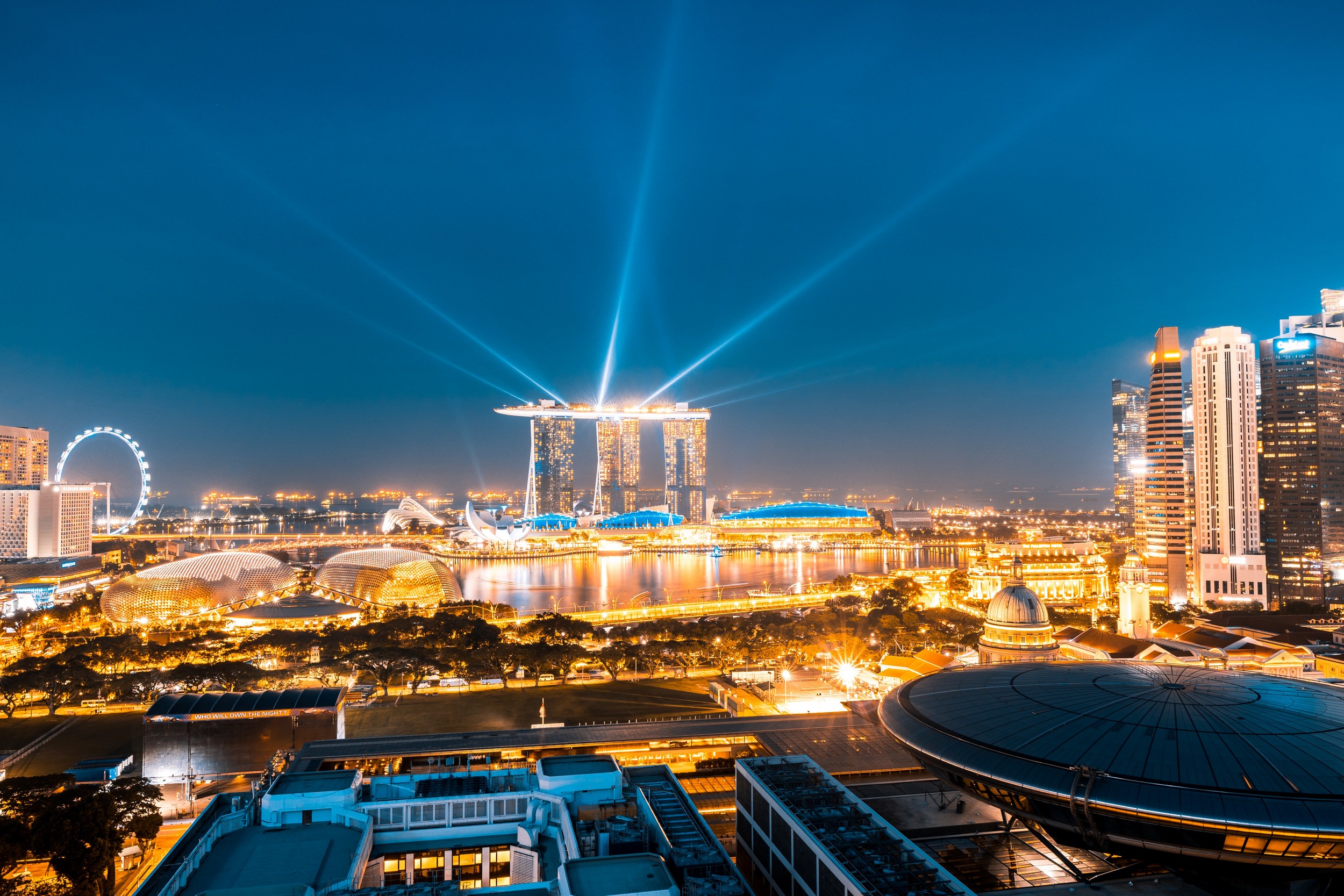 Smart cities are getting smarter

Covid-19 and unpredictability speed up change

As most of us are mentally longing for a return to ‘normal’, meaning being able to socially meet and mingle, there is also...