Over the recent years, BRT (Bus Rapid Transit) has gained massive popularity. Over 34 million passengers ride on BRT on a daily basis across the globe while 61% of those journeys happen in Latin America. It is therefore not an understatement to say that BRT is the king of transportation in the region! It represents both a convenient and fast travel mode for passengers worldwide. Yet today, the increased demand for modern technologies in BRT deprives operators from almost half of their potential customers, those carrying payment cards and willing to pay digitally.

To understand the world of BRT, let’s look deeper into this transport mode and what could be a turnaround in the industry if the latest and greatest tech would be applied to it. Bus Rapid Transit or BRT is defined as a bus-based transit that mimics rapid rail transport systems and serves the purpose of commuters who want their journeys to be cost-effective and quick. The BRT system is a sister of metro and rail services, reaching almost the same capacity per day if operated properly with modern infrastructure and automated fare collection solutions, yet it is more advanced in terms of comfort for passengers, who do not cluster inside the tube with millions of peers in peak hours. BRT is also considered to be more reliable and convenient than public city bus services due to reduction in waiting, delays and uncertainty.

Like our other blog on the Best smart cities in Latin America, this article aims to cover the success of BRT systems across Latin America, it will inspire operators with best usage of open-loop technologies and demonstrate which cities and how they got it right with their transport network.

Popular BRT around the world

The city is the largest city in Argentina and its capital. It possesses more than 12 million people, of which 49% are everyday users of public transport. The city is thoughtfully built as a grid of 100m blocks called manzanas, optimising the accessibility to every corner to every dweller of the city.

Buenos Aires public transport is considered highly developed and contains 7 rail lines, over 100 metro stations, over 857km tram tracks and over 150 city buses. On the BRT - the city is considered the follower, introducing the system only in 2011, taking successful use-cases as examples to build its network. The city opened 113 BRT (Metrobus) in 2011 that first helped to lift off traffic in metro and rail, and slowly became a fully independent means of transportation across the city.

The opening and operation of BRT significantly improved the quality of life of many citizens and neighbourhoods, granting the accessible opportunity for citizens to travel across the city areas. The system uses closed-loop local cards, which can be topped up on several stations across the city. 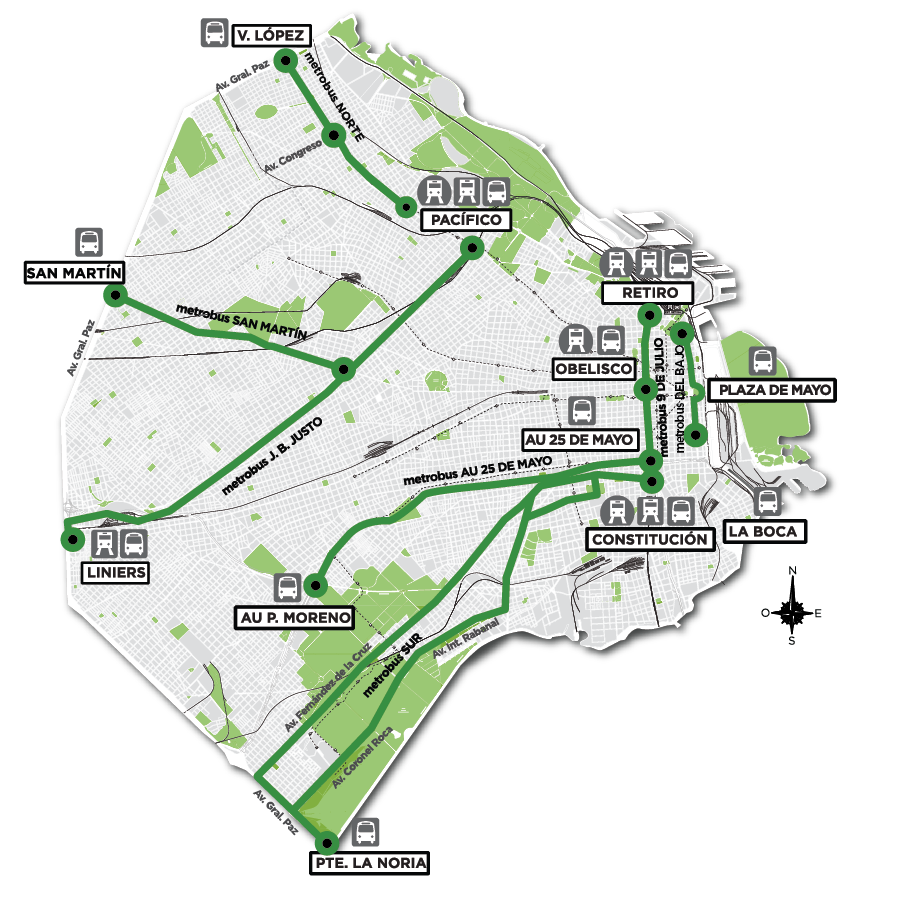 Being the eight populous city in Brazil, Curitiba is the capital of the Brazilian state of Parana. The city population reaches almost 2 millions while doubles if counted with its metropolitan area. The city relies more on public than private transportation across it. More that 46% of the population use public transport, while 26% use private. The city has a quite developed transportation system, which is devoted mostly to the BRT network. Based on the Irazábal, Clara Elena (2002), Curitiba was considered among top examples for urban planning, while five years later was nominated as one of the top “green cities” in the world. As reported by ICLEI, the city population has doubled since the 30s, yet the usage of private cars fell by 30% so far.

The main transportation entity in Curatiba RIT (Rede Integrada de Transporte, Integrated Transport Network) was founded in 1980 and developed ever since. The transportation network consists only of BRT, which are integrated together into a centrally-based network. 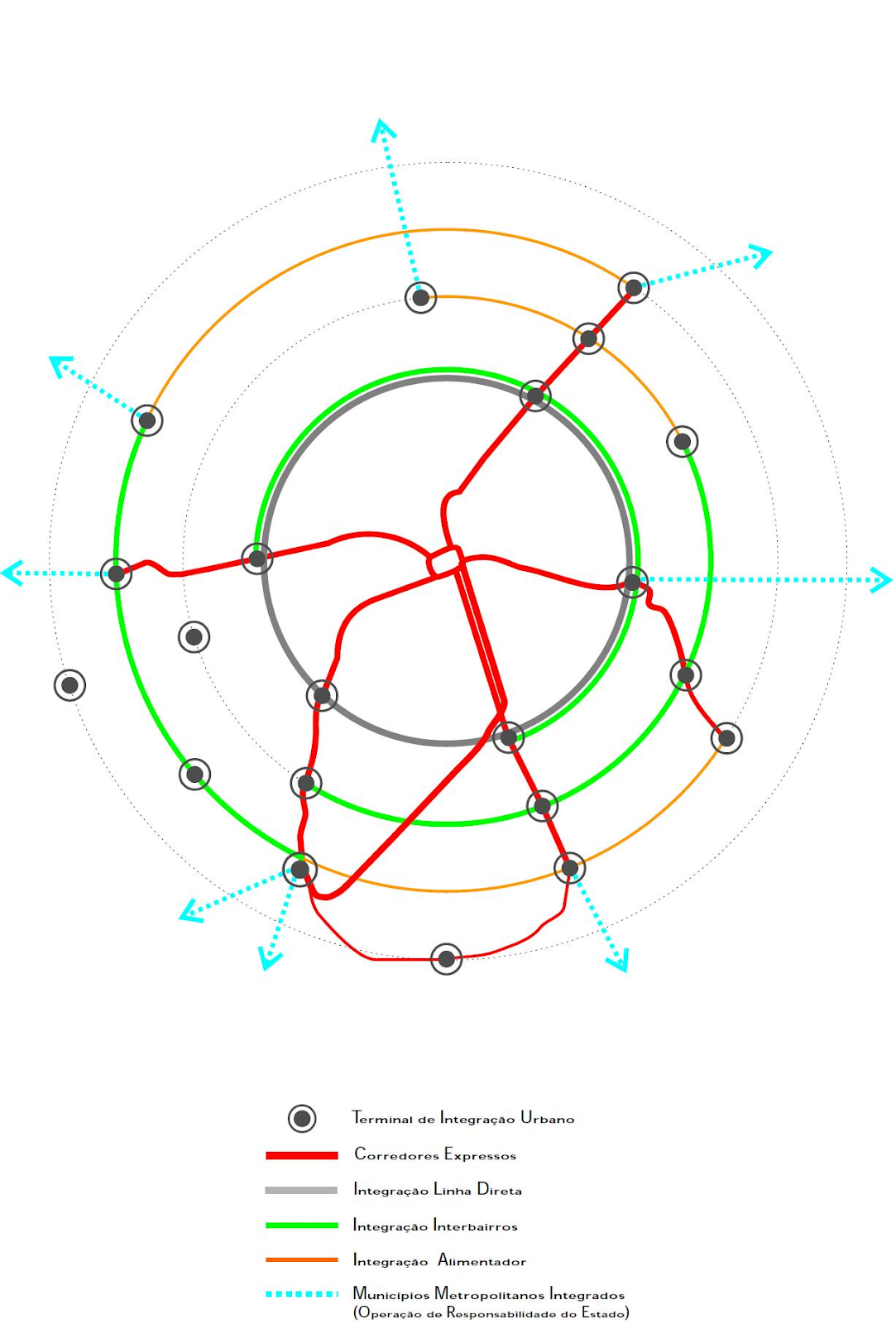 “Fact: Curitiba was the second city in the whole world to introduce the BRT system and becoming a role model for implementations of the system around the world”

Due to the convenience and accessibility of the BRT system, the consumer preferences shifted towards public transportation from private cars. About a third of current BRT users preferred cars in the past. Curitiba rapid bus possesses an integrated closed-loop automated fare collection system, which allows passengers to pay with a transport card.

The city is one of the most heavily industrialised areas in Chile. With a population equal to almost 1 million inhabitants, the city possesses strong affinity to usage of public transport, having 28% of BRT travel in the country apart from Santiago.

The main transport operation national entity is SEREMITT governed by MTT. The city relies on a bus transit system, which possesses 3 main lines and caters for 150 000 daily demand for transportation. 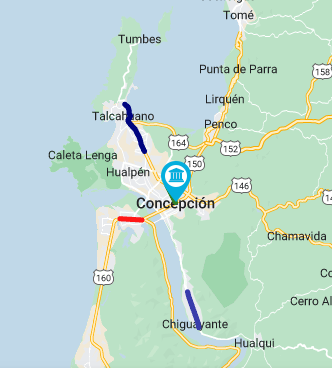 Bus rapid transit in Concepcion has a length of over 18 km and is integrated between electric train and electric public bus that are also available in the city, which make BRT accessible and popular for all types of passengers.

BRT became a popular substitute to underground and general public-bus services especially in over congested and crowded mega cities with large demand for travelling long distances fast and with comfort. The transport operators introduce closed-loop systems with the usage of transport cards to enrol users. Yet even with blast success, the cities are struggling to get over 50% of coverage, attracting other segments of commuters to its network. According to globalmasstransit the barriers for that are slow service, lack of coverage and long waiting lines.

Javier Rios Barriuso, Client AFC Director, NALA, O-CITY: “BRT transportation systems are at the heart of the mobility in big and populated cities. A modern, flexible and reliable automatic fare collection system that bring new tendencies such as ABT and open-loop payments, becomes critical and enhance the efficiency and experience of both the rider and the transport operator”

The accessibility and central subsidies management are the major advantages that open-loop systems can provide through the introduction of a variety of payment means from cards, QR-codes, NFCs, wearables, biometrics. The lack of affordability and efficiency in fare collection is a current blocker of most private and public transportation providers.

While BRT is only gaining additional popularity among the crowds, its is important to incorporate the right infrastructure and solution from the beginning, which would ensure smooth, swift and seamless running.

Learn how O-CITY can help with automating your fare collection and introducing comfortable and accessible payments for all commuters. 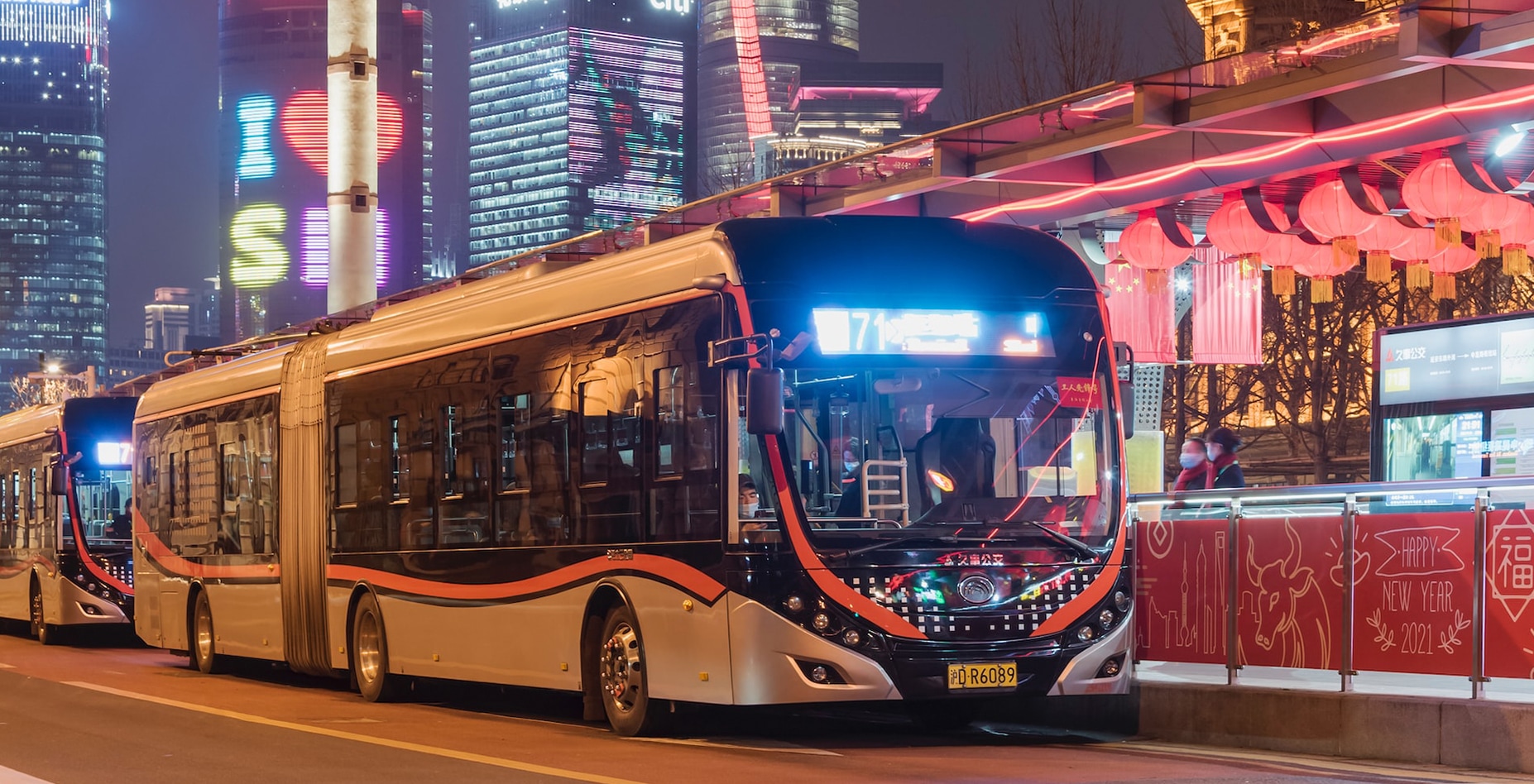 The global increase in popularity of Bus Rapid Transit (BRT) systems doesn’t come as a surprise. Designed to offer a transit system that has the speed, capacity, and... 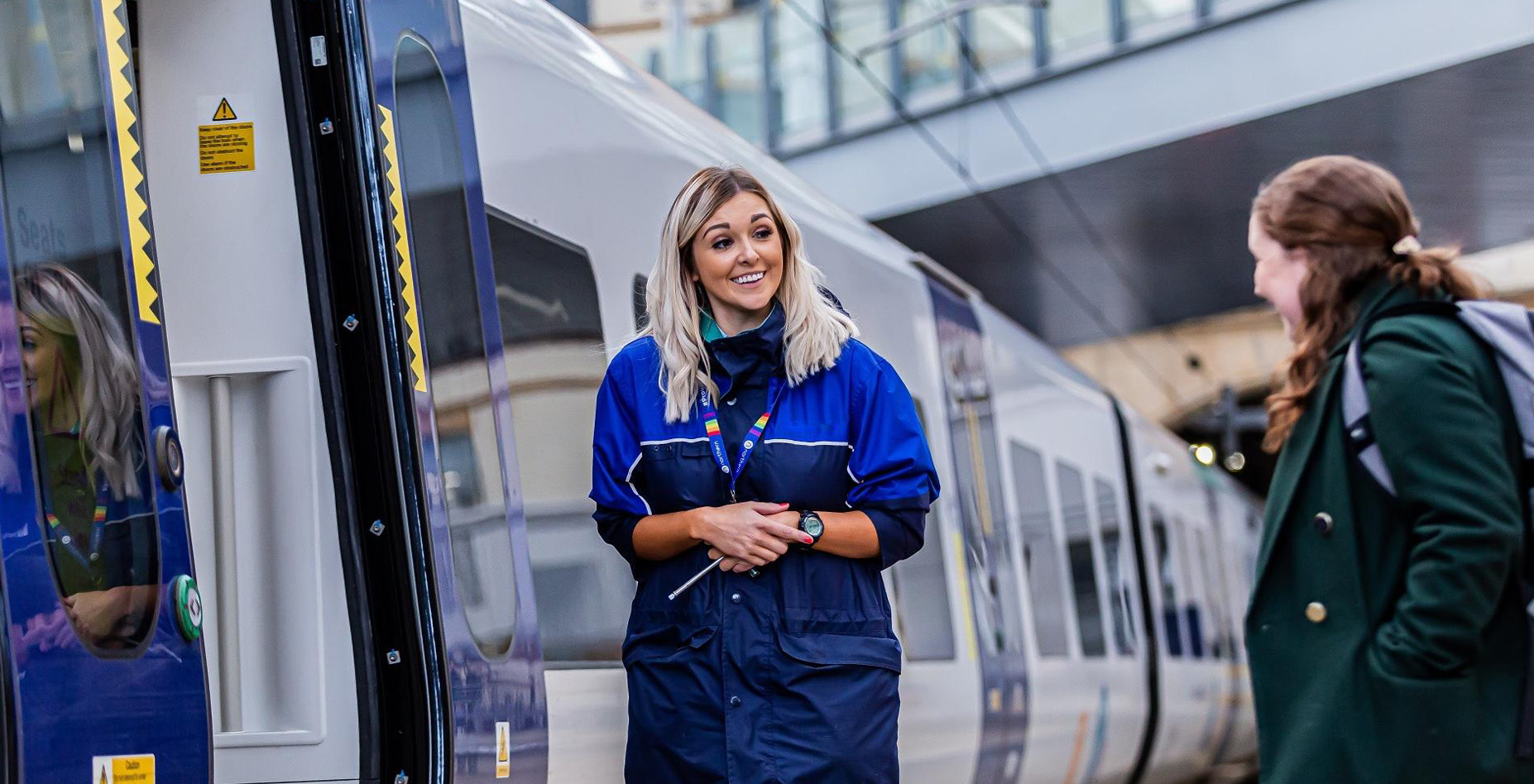 YOU and THEM: Advantages of Open-Loop Ticketing

Open-loop payments have become the new norm for the transportation industry. Cash, which is expensive to handle, hard to process and slower in transaction than digital...